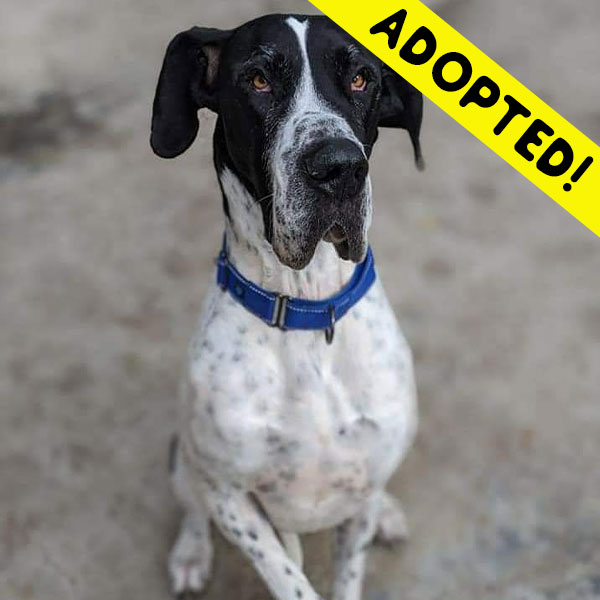 Buzz from Baldwin Park was adopted and is doing FANTASTIC!!!!! He is now living the posh life as an only dog and getting plenty of socialization and doggy playtime at his doggie daycare. Buzz was surrendered because he was said to not be good with dogs. He became highly stressed in the shelter environment, lost 20 pounds in 2 weeks and was made “Rescue Only” and then the rescue that committed to him backed out, this boy was in serious trouble! While in foster care, Buzz got the usual, royal ODAAT treatment with TONS of love, affection, puppaccinos and even, what was probably his first, Christmas full of gifts! This boy was truly a gem! Just another mislabeled boy that needed a chance and we are happy to have been a small part of that journey! HAPPY TAILS, SWEET BOY!!!!! We know you’re FINALLY living your best life and you deserve every second of it! 💙