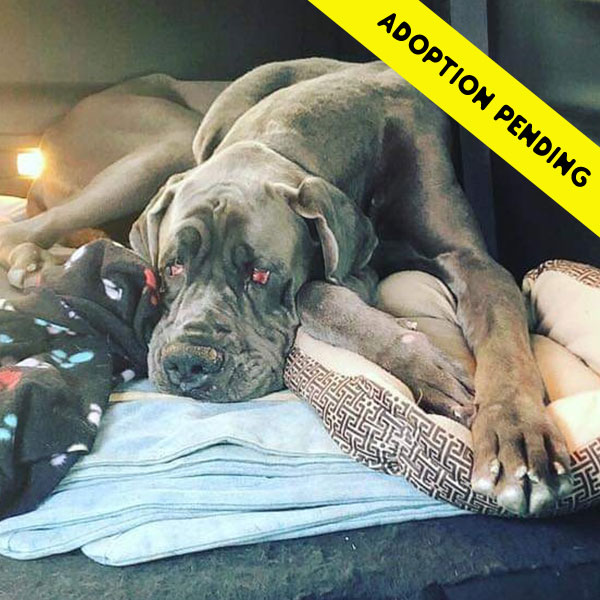 Gunner is a 1 year old boy that was taken to the vet because he was not keeping food down and severely emaciated, and it was discovered he had an obstruction. The owners did not have the money to pay for the surgery so they requested he be put down. The vet hospital just couldn’t stand the thought of putting down such a sweet and otherwise healthy dog, so they reached out. He is now recovering well from his surgery but will need double entropion repair. Gunner is a high energy pup with LOTS of character! He LOVES to deflate soccer balls and get into mischief.

Gunner is currently recovering from surgery for an obstruction and will need double entropion repair.

Gunner is great with kids but due to his age & puppy energy he will need a home with older kids only.

Gunner is great with other dogs!

Gunner hasn’t had a chance to tell us this yet. 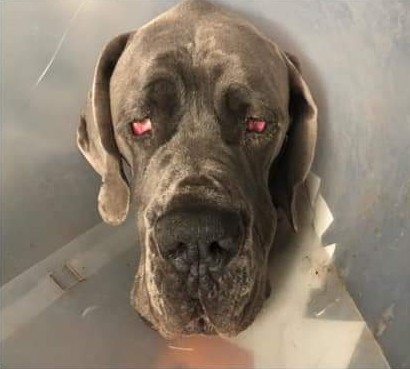 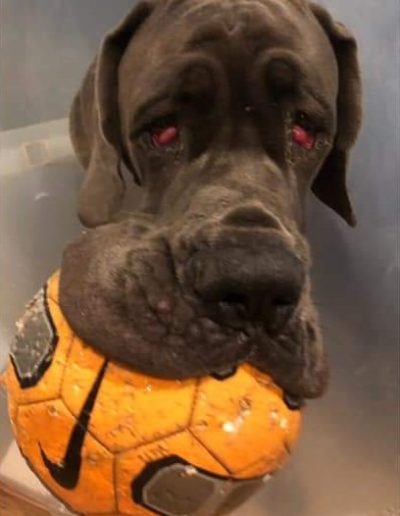 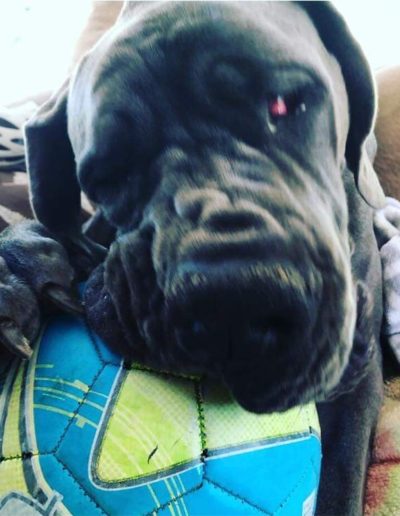 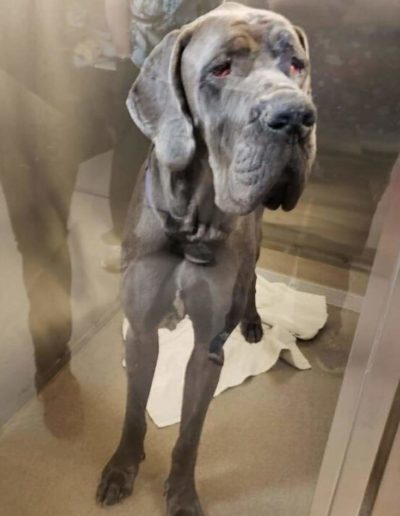