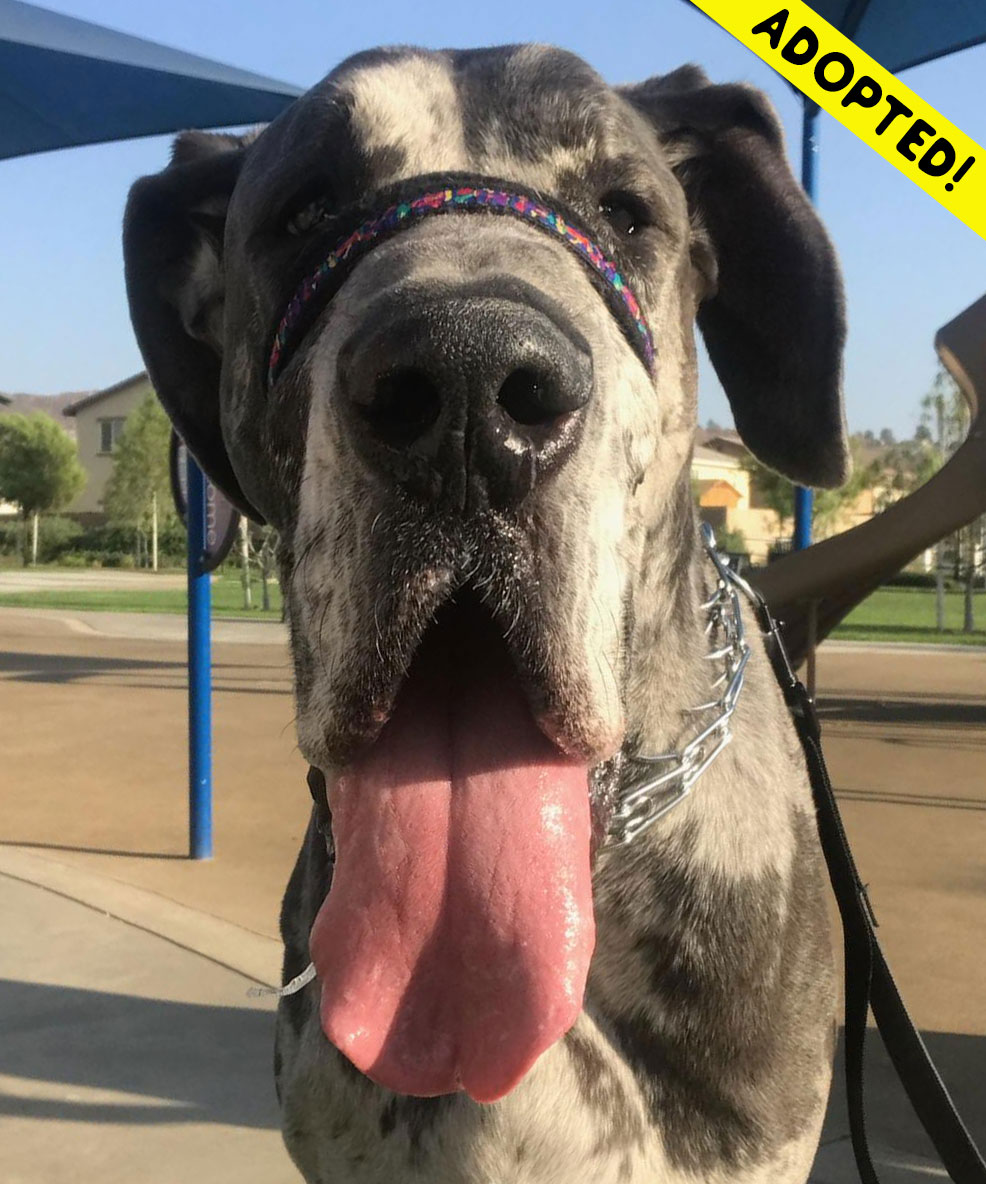 Max, now Sarge, came to us under very odd circumstances. He was left in a warehouse (who knows for how long) and was supposedly “found” by some people cleaning the warehouse. After contacting the original owner it was discovered that her ex boyfriend had taken Max 9 months prior during their break-up and it is likely that it was the ex boyfriend and one of his friends that purposely put him there and concocted a long, elaborate story about him having been “abandoned there” when in reality they put him there. He went straight to the vet, was examined, spent the night for observation/boarding and that’s when his luck took a pawsitive turn! Little did he know that his future mommy would walk right into that vet to “foster” him, fall in love with him and eventually fail as a foster because he was “home”…. his mommy and daddy just couldn’t bear the thought of him ever leaving… he was family! Sarge now has a dane sister, Liberty, and a dane brother, Ironhide, and a mommy that doted on him and spoils him rotten. Welcome home, Sarge, I know you have a long, wonderful future ahead! You will never have to worry about being abandoned EVER again!